The 9 Team Roles that Can Bring Balance to Your Team 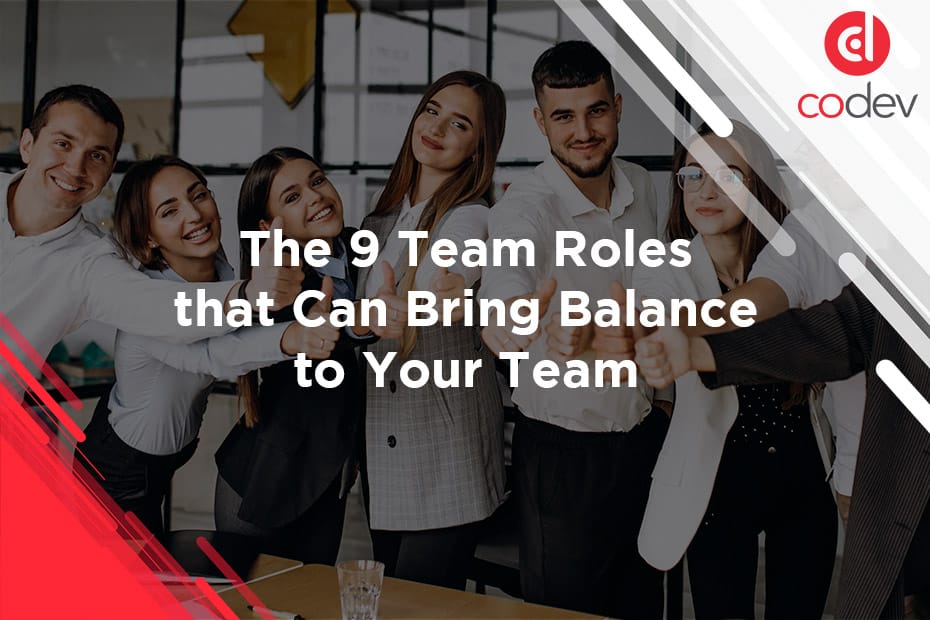 Sometimes, even a team composed of the greatest minds can end up in disaster. So what does it take to create a good, effective team? You could start by striking a balance among these 9 team roles.

Mixing paints is hard, especially when you need a specific color. Take for instance the color taupe.

You need to have the right balance of gray, brown, and a hint of purple to get the color just right. Get even just one color in the wrong amount, and you could be looking at an eggplant color, or more of a khaki color instead.

The same can be said about teams.

Just like paint colors, teams need a balance of different types of people in order to work best. Get one too many of just one type of person in a team, and you could be limiting your team’s vision and capabilities. On the other hand, if you have too many polar opposites in one team, you could also be looking at a lot of unnecessary chaos moving forward.

Balance is the key to building an effective team. But just how can you achieve such a balance? One way is by defining each team member’s role based on Belbin’s Team Roles.

Dr. Raymond Meredith Belbin is an English researcher and management consultant who, after studying various teams working together for many years, came up with the 9 team roles. He observed that people in every team tended to assume a specific role, defined by particular ways in which they behaved, contributed, and interrelated with others in the team. He suggested that by knowing and understanding your role within a team, you could develop your strengths and manage your weaknesses as a team member, thus enabling you to become a better contributor to the team. The team roles also help team leaders to create more balanced and consequently, more effective and productive teams.

With the guidance of Belbin’s 9 team roles, you as a team leader can ensure that your team isn’t bogged down by one shared weakness, or that your team members won’t have similar strengths that can cause them to compete instead of cooperate with one another.

Take note however, that these team roles can vary greatly depending upon a number of factors, including your team members’ varying work styles, their relationships with one another, and the work that needs to be done. Any changes to the team midway through a project can also affect team roles, so it’s important not to be too reliant on these roles, and apply common sense and other reasonable approaches when building your team.

The action oriented roles are team roles that, as you may have already figured out, are driven to action. They are the doers of a team, though the way they do things and exactly what they do within the team differ.

The first action-oriented role is the Shaper. Shapers are good to have on a team, as they often challenge the team to improve, and make sure that the team loses neither focus nor momentum in achieving their goal. They are often extroverts who are dynamic, stimulating, and thrive under pressure. They see obstacles as challenges, and are driven to overcome them. Their courage and drive helps push the team forward when others feel like quitting.

Just as their name suggests, shapers can “shape” the way a team operates, as they are determined to consider all possibilities and to keep the team from being complacent. Their common weakness however, is that they can be argumentative, and may offend other people’s feelings.

The second action-oriented role is the Implementer. The implementer is a practical worker. They see to it that things get done. They turn abstract ideas into practical steps and plans that can be put into action. Implementers are often conservative, disciplined, and very well organized. They work systematically and efficiently. You can always count on them to get the job done.

The one weakness that implementers have is that they can be inflexible and resistant to change. It may take them some time to accept and respond to new ideas.

The last action-oriented role is the Completer-Finisher. The completer-finisher as their name suggests see to it that projects are completed thoroughly and impeccably. They see to it that the output is error-free, polished, and perfect. They are very detail-oriented, and very concerned about deadlines. They will often push the team to make sure that they get the job done on time.

Completer-finishers are often described as perfectionists. They are orderly, conscientious, but also anxious. Their common weakness is that they tend to worry a lot unnecessarily, and find it difficult to delegate.

In a real world setting, say for example you hire an offshore development team, you can have any of these action oriented roles within the team take on any position. The completer-finisher however, would probably be ideal for a Quality Assurance role, as this job requires being detail-oriented and making sure that the team’s final output is polished, error-free, and impeccable.

This next category of roles is for those that are more inclined towards people and relationships within the team. The first of these roles is the Coordinator. The coordinator is someone who often takes on the team-leader role, and for good reason. They are calm, mature, good-natured, and confident. They are also excellent listeners, and have a natural ability to recognize the value that each team member brings to the table. This allows them to delegate tasks effectively.

Coordinators know how to clarify goals and guide the team towards these goals. On the downside however, they can be manipulative and may offload their own share of work.

The second people-oriented role is that of the Team Worker. Team Workers are like the glue that bonds the team together. They make sure that everyone in the team works together harmoniously. They are excellent negotiators, are flexible, diplomatic, perceptive, and cooperative. They tend to be popular people and have the versatility to identify what work is necessary, and complete it on behalf of the team.

Team workers prioritize team cohesion and making sure everyone gets along. They will do what they can to avert friction within the team. On the flipside however, their non-confrontational nature often causes them to be indecisive during critical decision-making moments.

The last people-oriented role is the Resource Investigator. Resource investigators find, contact, and work with external stakeholders in order to help the team achieve its objectives. They explore all available options, provide inside information on the opposition, and negotiate for resources on behalf of the team. They also ensure that the team’s ideas can be carried out to the world outside of the team.

Going back to the previous example of an outsourced dev team, any of these people-oriented roles can take on any position in the team– developer, designer, etc. But it would probably be best to have a team leader with a coordinator role, or have someone with a coordinator role take on more leadership or monitoring positions within the team. Having your DevOps engineer be a resource investigator would also be ideal. DevOps are often involved in introducing new tools and practices to streamline the process of software delivery, and a resource investigator would have the knack for exploring all these options and choosing the best ones for the project.

The last category of roles are for the thinkers of the team, the ones that come up with the ideas and plans that guide the team right from the start.

The first thought-oriented role is the Plant. The plant comes up with new ideas and approaches that help solve difficult problems. Plants are highly creative, imaginative, and innovative, but also quite introverted, preferring to work separately from the team.

Plants can come up with unconventional ways of solving problems, but sometimes their ideas can be so novel that they can be impractical or unrealistic. They thrive on praise, but can be especially hard hit when criticized. It is important to communicate well to plants to help them understand and accept corrective criticism, and also to help them open up as they can also be poor communicators.

The next thought-oriented role is the Monitor Evaluator. While plants are the free-thinkers of the group, monitor evaluators are the critical thinkers. They’re the ones that analyze and evaluate the ideas (that usually come from the plant), dissecting them and laying out all the facts objectively to let people see whether or not it is the best option for the team.

Monitor evaluators are strategic thinkers. They are the team’s logical eye that sees everything and judges everything impartially and accurately. The thing about monitor evaluators though is that they can easily be viewed by others as detached or unemotional. They have neither the drive nor the ability to motivate or inspire others, and can be too critical at times.

The last thought-oriented role is the Specialist. The specialist brings in specialized knowledge essential to the completion of a job. Specialists pride themselves on their skills, and are fully committed to their chosen field of expertise. They are laser focused, dedicated, and self-starting, but their specialization can limit their contribution to the team and lead them to dwell on technicalities at the expense of the bigger picture.

Based on our example of an outsourced software team, or in any team for that matter, it would be ideal to have the plant early on in your team. Their input when brainstorming for ideas in the initial stages of any project can be very useful. A monitor evaluator would also be useful just to keep all ideas in check in terms of practicality and suitability. But you have to make sure that their criticism is structured in a way that can be well-received by the idea originators (often the plants). Specialists can be useful if you need specialist knowledge, say for example expertise in a particular programming language, tool, platform, or some other new technology.

If you need further information or resources regarding these 9 roles, you can visit belbin.com. There you can get a clearer idea of what roles you currently have on your team, and what roles you may be missing in order to achieve better balance.

Getting a good balance of these various team roles can help make sure that you avoid misunderstandings, minimize issues, and maximize productivity within the team. But if you’re building a team with these roles in mind, it may be a bit difficult to find the right, technically qualified people while also getting a good mix of team roles. CoDev can help you there.

CoDev is an established offshore outsourcing company that specializes in providing top development talent and other technical talents to small and medium sized companies. We have over a decade of experience providing companies with the exact talent their dev team needs to be successful and balanced. Our proven vetting process has enabled us to provide hundreds of highly skilled professionals that meet and even exceed our clients’ expectations. If you have a technical position to fill and have a specific skill set or working style in mind, we’ll help you find just the right person for the job. Get in touch with us now to learn more.