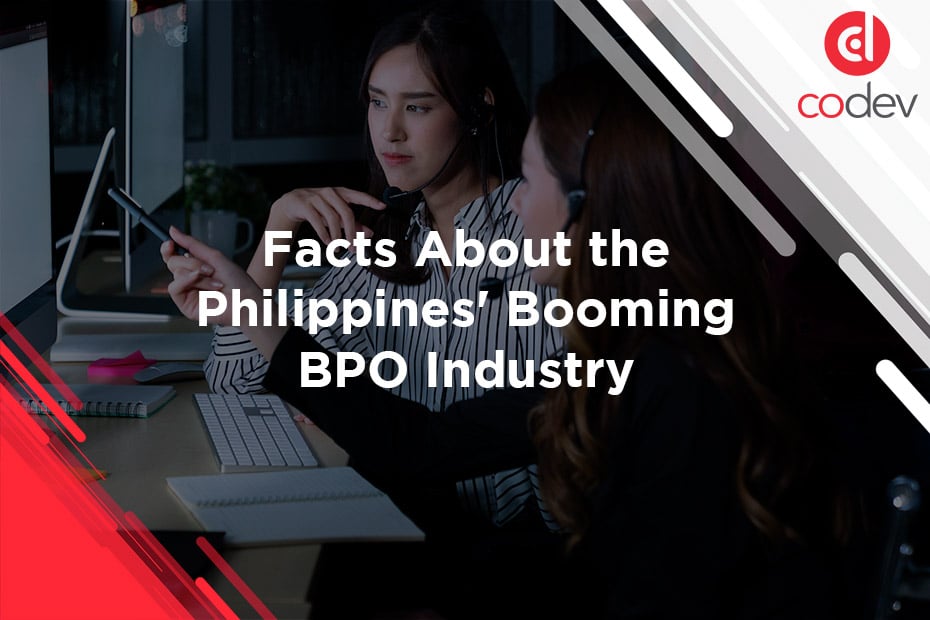 The Philippines is well-known for many natural wonders, but did you know that it is also a world leader in business process outsourcing? Read on to learn more about this business-savvy side of the country.

When people think of the Philippines, they often think of beautiful beaches, delicious exotic fruits, and everything else that comes with a tropical getaway.

But if you’re a savvy businessperson, you’ll know there’s something else that this country is well-known for, and that’s business process outsourcing.

For over a decade, the Philippines has been one of the best and strongest information technology and business process outsourcing (IT-BPO) service providers in the world. Both local and international businesses rely on the country’s IT-BPO industry, and because of this it continues to grow every year.

Such a development didn’t happen overnight. To get you up to speed on the Philippines’ booming IT-BPO industry, and why it is a top choice for many businesses the world over, let’s take a look at some of the interesting facts behind it.

Where It All Began

The Philippines’ IT-BPO industry began in the year 1992, when a man by the name of Frank Holz co-developed a Global Resource Center in the country for the multinational company, Accenture. This opened up a great opportunity for the country that the government was quick to notice. And so three years later in 1995, the Philippine Congress passed the Special Economic Zone Act, which established the Philippine Economic Zone Authority. The Act created zones that encouraged foreign investments, as there were tax incentives and lower area requirements for developments.

By 1997, another big BPO company SYKES opened its doors in the country, becoming the first multinational call center to operate in the Philippines. Not long after, many other US-based BPO companies followed suit. This increased the number of BPO jobs substantially, and by 2004 the country had already acquired over 3% of the global BPO market. The BPO industry at this time accounted for 2.4% of the country’s GDP, a figure which more than doubled the following year at 5.4%.

Today the Philippines’ IT-BPO industry consists of eight sub-sectors: knowledge process outsourcing and back offices, animation, software development, game development, call centers, engineering design, and medical transcription. Based on reports from the Philippine Statistics Authority, the country has around 850 registered BPO companies. Around 400 of these firms provide computer or IT-related services, 20 are medical transcription businesses, and 9 are from animated films and production houses.

Here are some other fast facts about the Philippine IT-BPO industry so far:

Due to high demand from foreign outsourcing clients, there is a greater diversification of talents in the Philippines. Many foreign companies looking to outsource software development, customer service, telemarketing, accounting, and more can often very easily find the talent they need in the country.

The high demand is also the reason why despite the global crisis caused by the COVID-19 pandemic, the Philippines’ IT-BPO industry has remained strong, and has continued to employ millions of workers. While there were a number of smaller IT-BPO companies that have had to close down, most have simply adjusted to the circumstances brought about by the pandemic, by implementing more flexible work practices and allowing workers to work from home.

Because it is considered one of the most important sectors in the country, the IT-BPO industry is one of the few industries that were allowed exemptions when the government imposed strict community quarantines. They were allowed to continue to operate nationwide on the condition that they observed specific guidelines, such as strict wearing of face masks and shields, adhering to physical distancing protocols, and only having a skeletal workforce within offices. This ensured the uninterrupted operations of IT-BPO companies.

The government continues to be very supportive of the industry, creating various programs specifically to attract foreign investors. These include tax holidays and exemptions, as well as easier export and import procedures. The government also offers several training programs related to in-demand BPO jobs to ensure that plenty of qualified talent is produced in the country.

All these have made the Philippines one of the best countries to outsource software development, customer service, and many other technical positions. There are plenty of benefits to be had when you outsource staffing, and the Philippines offers all these plus a whole lot more: full government support, advantageous exemptions, a rich talent pool, and a proven track record.

If you’re looking to outsource staffing to the Philippines, be it in the field of IT, telemarketing, customer service, or accounting, it’s best to partner with a reliable and trusted company like CoDev. We’ve been operating in the Philippines for over a decade, and have provided hundreds of clients with highly qualified Filipino professionals. We have a number of offices located throughout the country, and a tried-and-tested vetting process that ensures only the best quality candidates for our clients. Give us a call today to learn more about our services.